If Reno taught us anything, it was to get out of there as soon as possible!

We got a relatively early start hoping to reach Utah by  dinner time.

Route 80 gave us a nice break from admiring the landscape. Sure, desert has it’s own beauty, but it gets dull real fast. 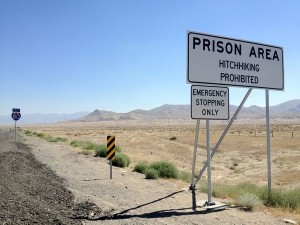 We made an “emergency stop” just to document our “scenic” route

If I had to come up with a theme song for northern Nevada, it would be Chris Isaak’s “I wonder”… 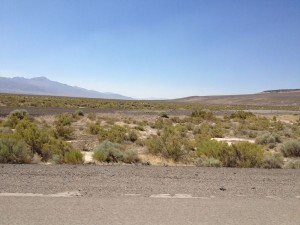 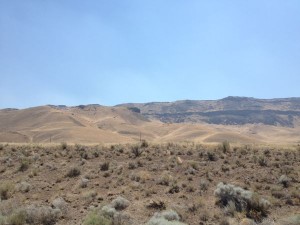 Once in a while we spotted something extraordinary… like this little bridge! You might not find it that exciting, but that’s only because you are not on Rt 80 in Nevada… 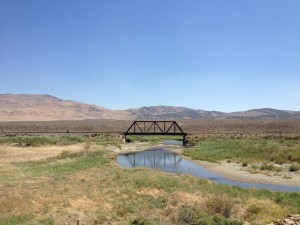 Not being able to rely on the scenery for our entertainment, we had to turn to our gadgets. Special thanks to Apple, Verizon, Pandora and YouTube!

Listening to Robin Williams’ “Weapons of Self Destruction” I would have been happy driving through a tunnel for the next 100 miles. Not only did he make the ride more fun, but he made the distance shrink. Before we knew it, we had crossed the Utah border. 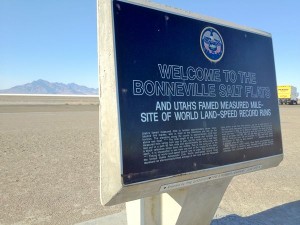 Salt Flats are fascinating! To look at… and to walk on. Bonneville Salt Flats is just a remnant of the Pleistocene Lake Bonneville and is the largest of many salt flats located west of the Great Salt Lake. 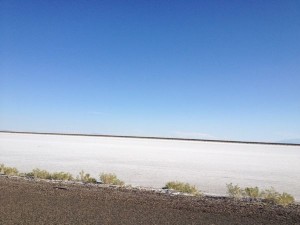 Total salt crust volume has been estimated at 147 million tons.

For miles all we saw was a sea of white touching the blue skies on the horizon.

The landscape that followed looked like a photographic wallpaper. 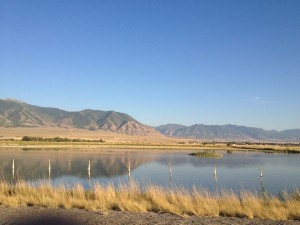 Utah surprised me. I knew about their red rock wonderland, but this state has more to offer than one would expect.

The landscape was always changing and full of surprises. 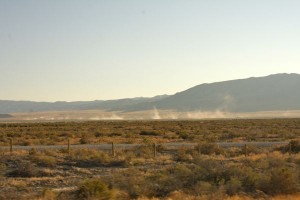 It was getting late and we were starving. Siri found us a Thai restaurant in Tooele with exceptional reviews which pretty much decided our overnight destination.

Surprisingly, finding a room ended up being more of a challenge than we had anticipated. We couldn’t believe Tooele County Fair going on this weekend, could bring in such crowds!? And we were right… the real reason was the Outdoor Retailer Summer Market in Salt Lake City… Ugh! We couldn’t let something that boring to let us drive out of Tooele. Following the principle to never give up, we finally found a room at American Inn and Suites. A hidden treasure. Clean and comfortable. Amazingly friendly staff. We had already planned ahead a full day of sightseeing, so we checked in for two nights.